We need you! See something you could improve? Make an edit and help improve WikEM for everyone. 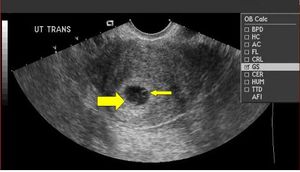 In a normal pregnancy, the gestational sac appears as a hypoechoic structure encircled by an echogenic border within the endometrial cavity at 4-5 weeks 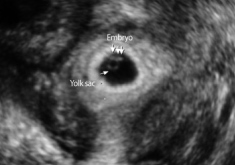